A magazine about Bill Gates & Paul Allen
Paul WHO?!
Maybe this is what you are thinking right now, having read the title. At least, it’s what I was thinking as I was researching ‘famous duos’, the topic that was given to us in our 3rd semester of typography, and stumbled upon the names Bill Gates and Paul Allen. Sure, Gates sounded familiar: Founder of Microsoft, one of the richest men on earth… But who was Paul Allen? I was curious. So I researched him, and what I found, fascinated and shocked me at the same time: Apparently, it was in fact Allen who founded Microsoft, whilst Gates was just the co-founder. If this was true, then why is it everyone thinks it’s Gates who founded Microsoft and barely anyone knows the name Allen? I knew that I had to tell their story. So I did. 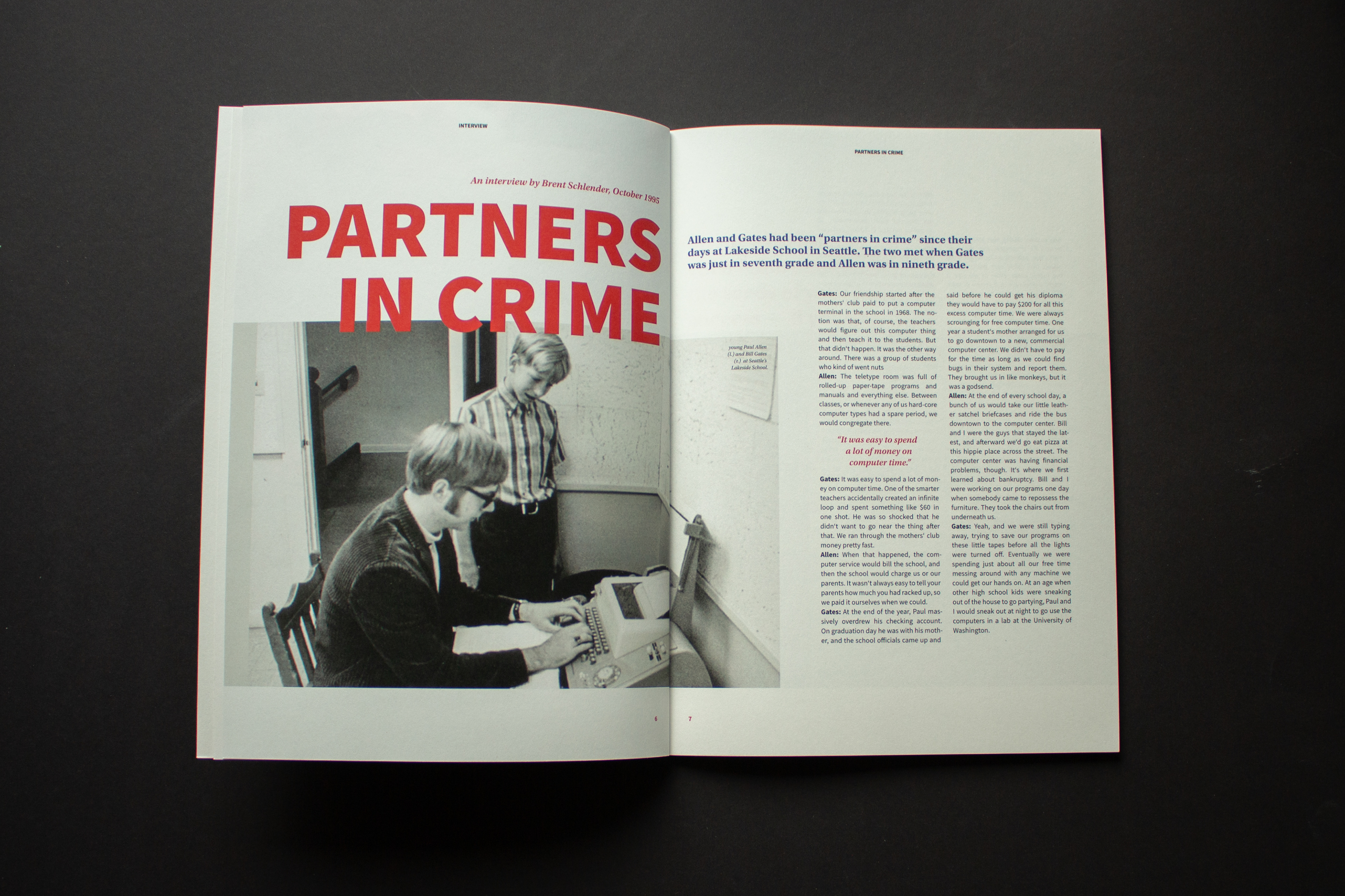 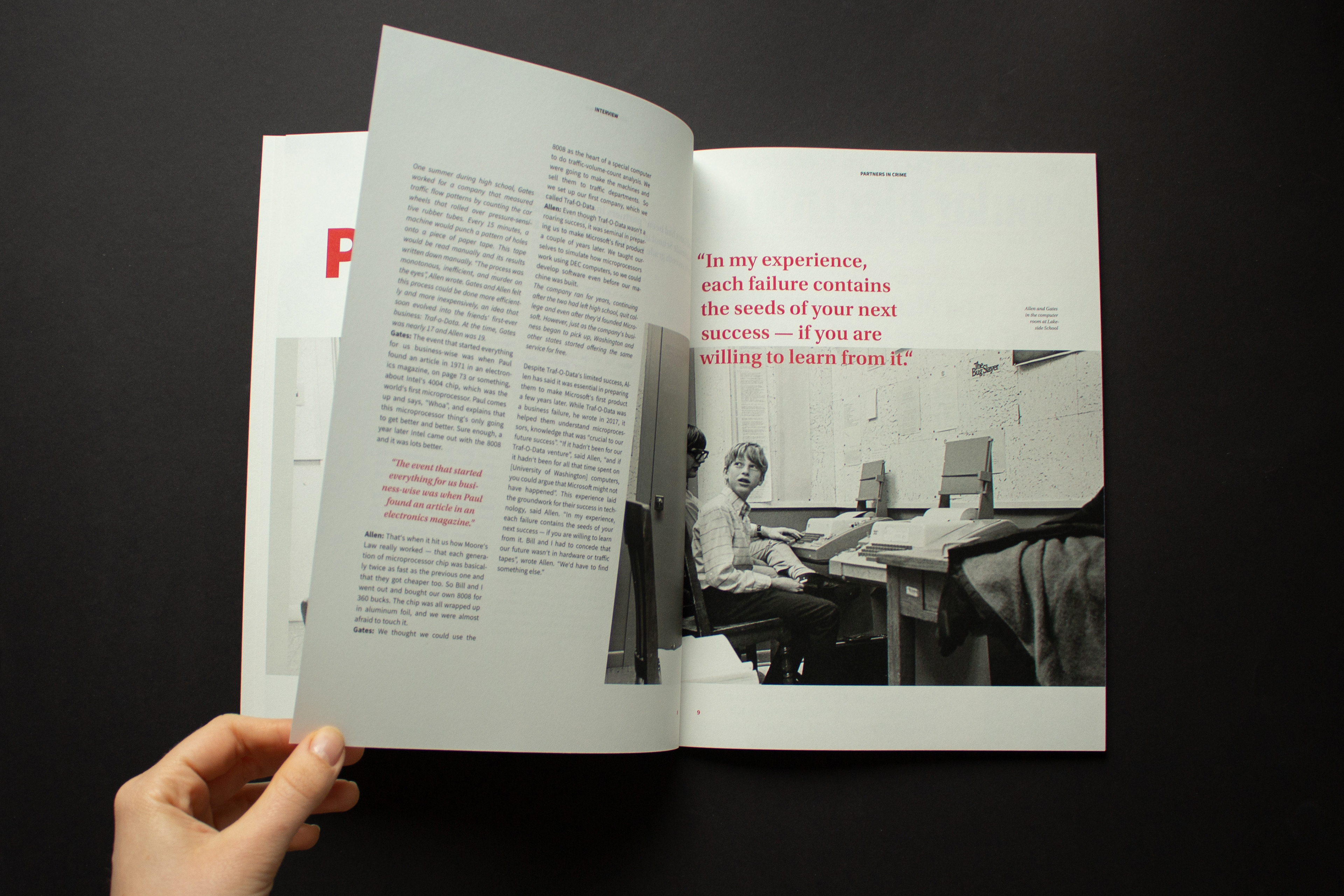 After many hours of research, I had gathered enough information to create seven articles that contain the most important and interesting facts about the two. I chose a simple and clear structure with three columns and decided to set a course with the colours blue and red. Although I wanted the articles to be clearly arranged and easily legible, the layout had to excite and surprise the reader page by page. To have that little extra in the main articles, I placed photographs over both sides and wrote headlines and key quotes over them.​​​​​​​ 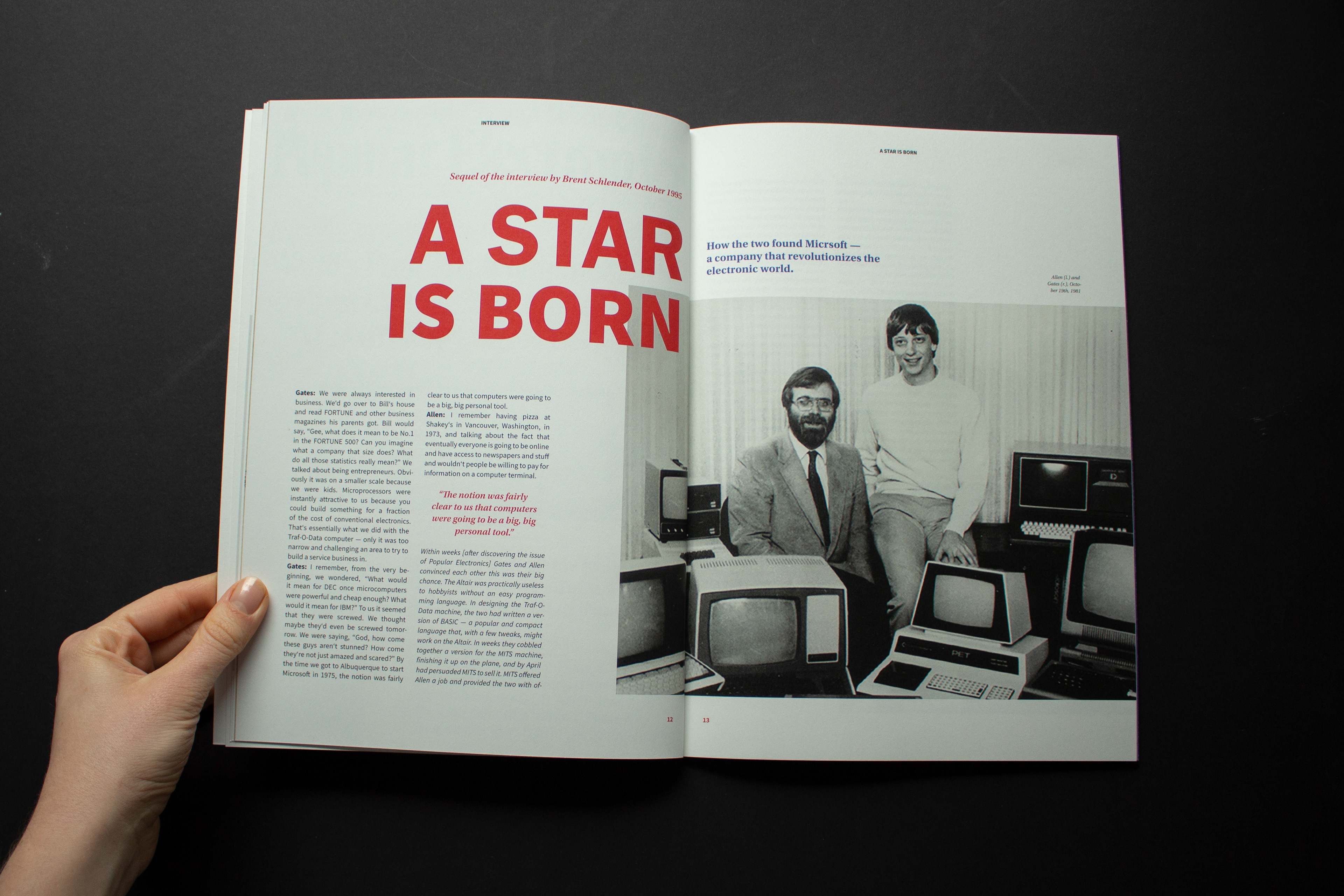 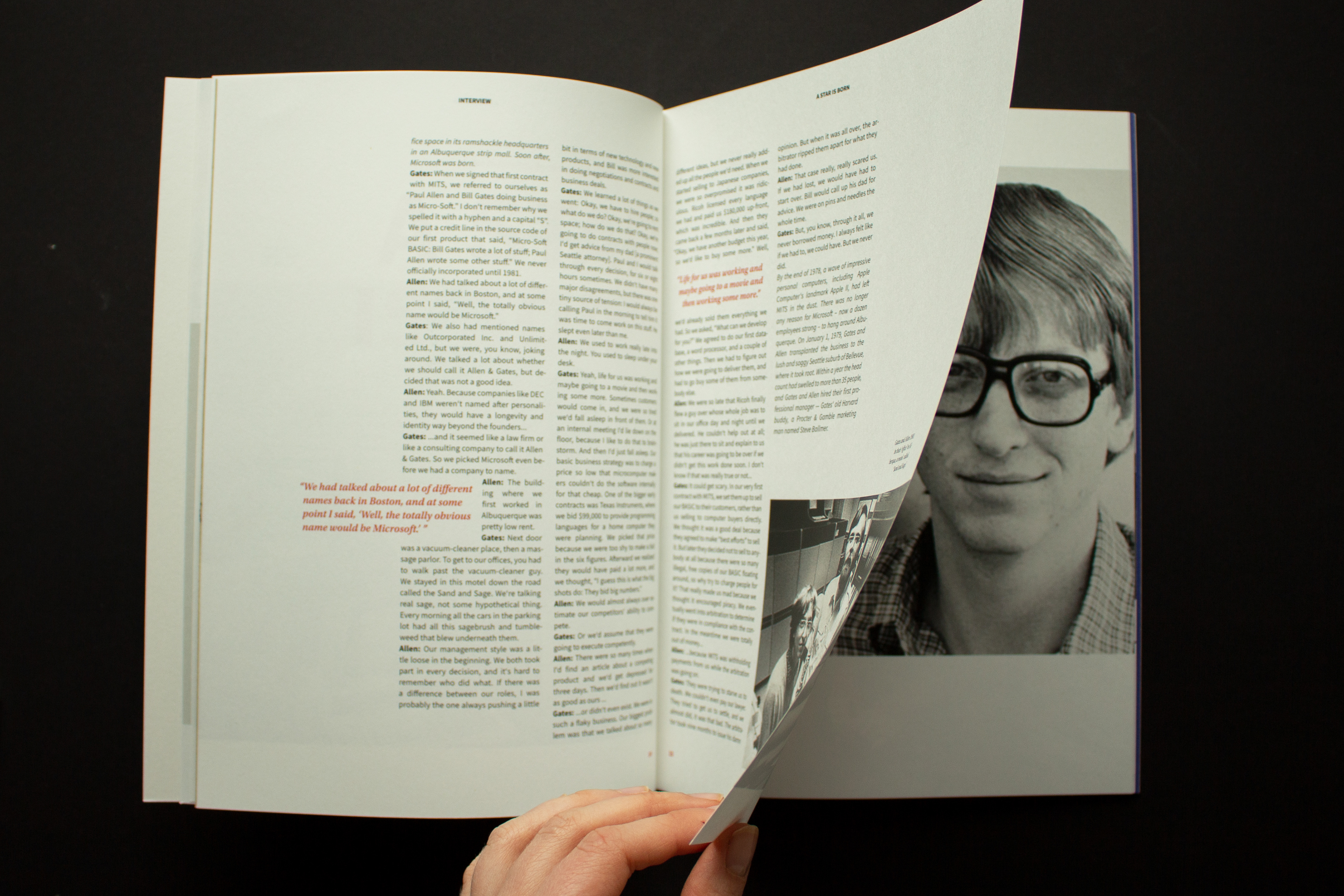 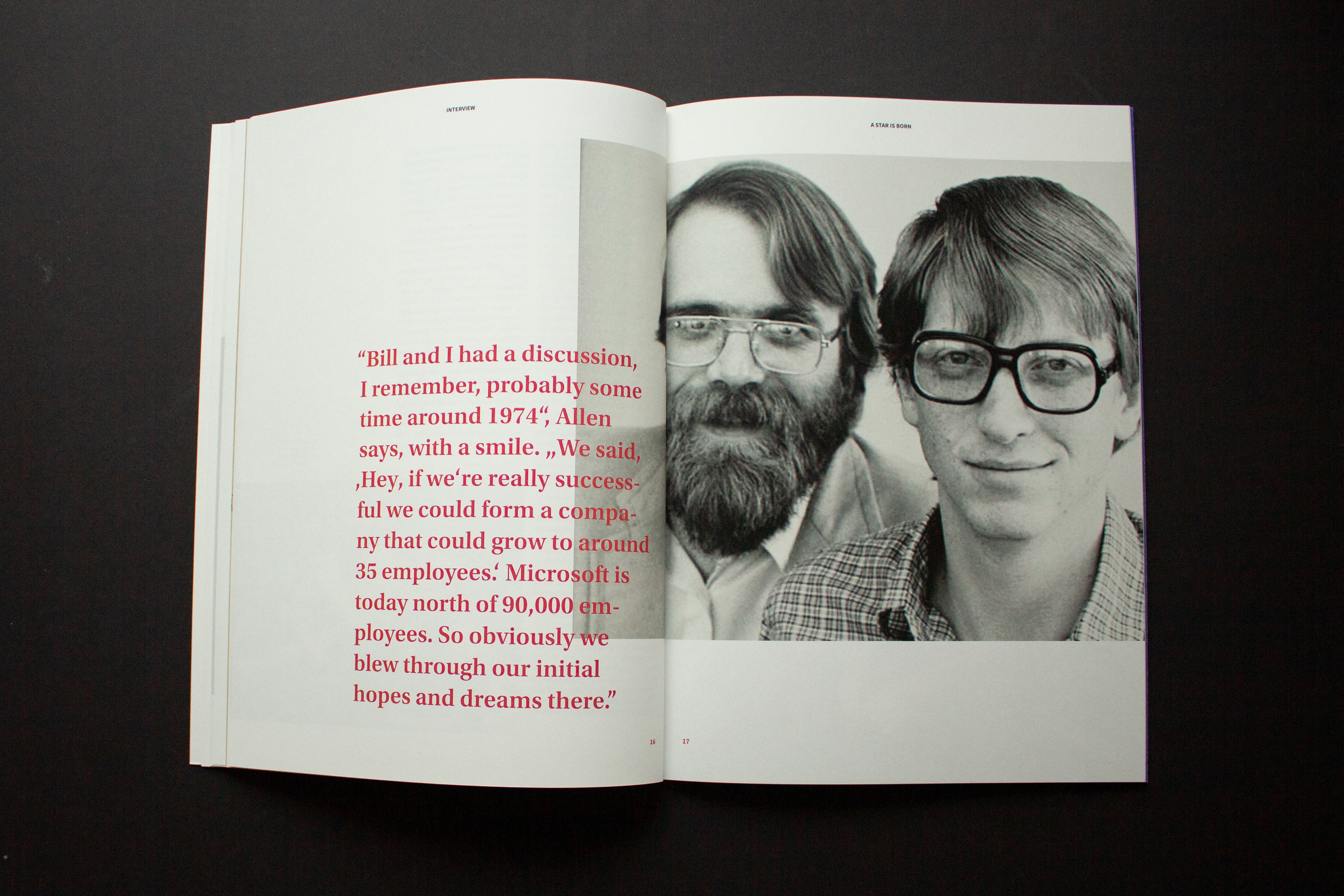 As for typography, I used the typefaces Utopia and Source Sans. The quote you can see above is set in Utopia Italic Regular, the copy consists of the Source Sans Regular and Bold. I chose the typeface Source Sans because I find it very easy and pleasant to read while having a calm and organized look when used in long passages. In combination with that, I used Utopia Italic for the quotes because it has enough contrast to stand out while not attracting too much attention on itself. 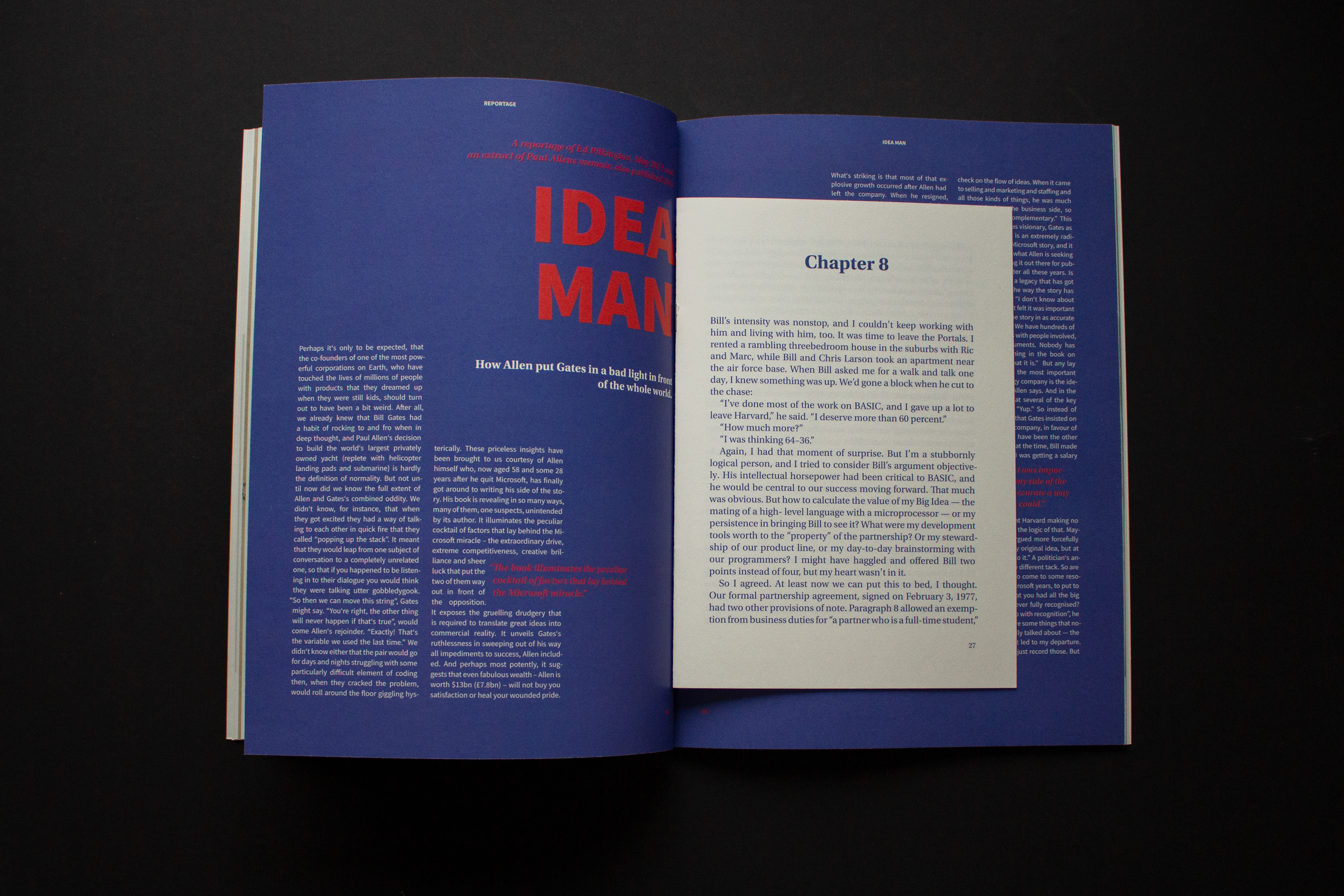 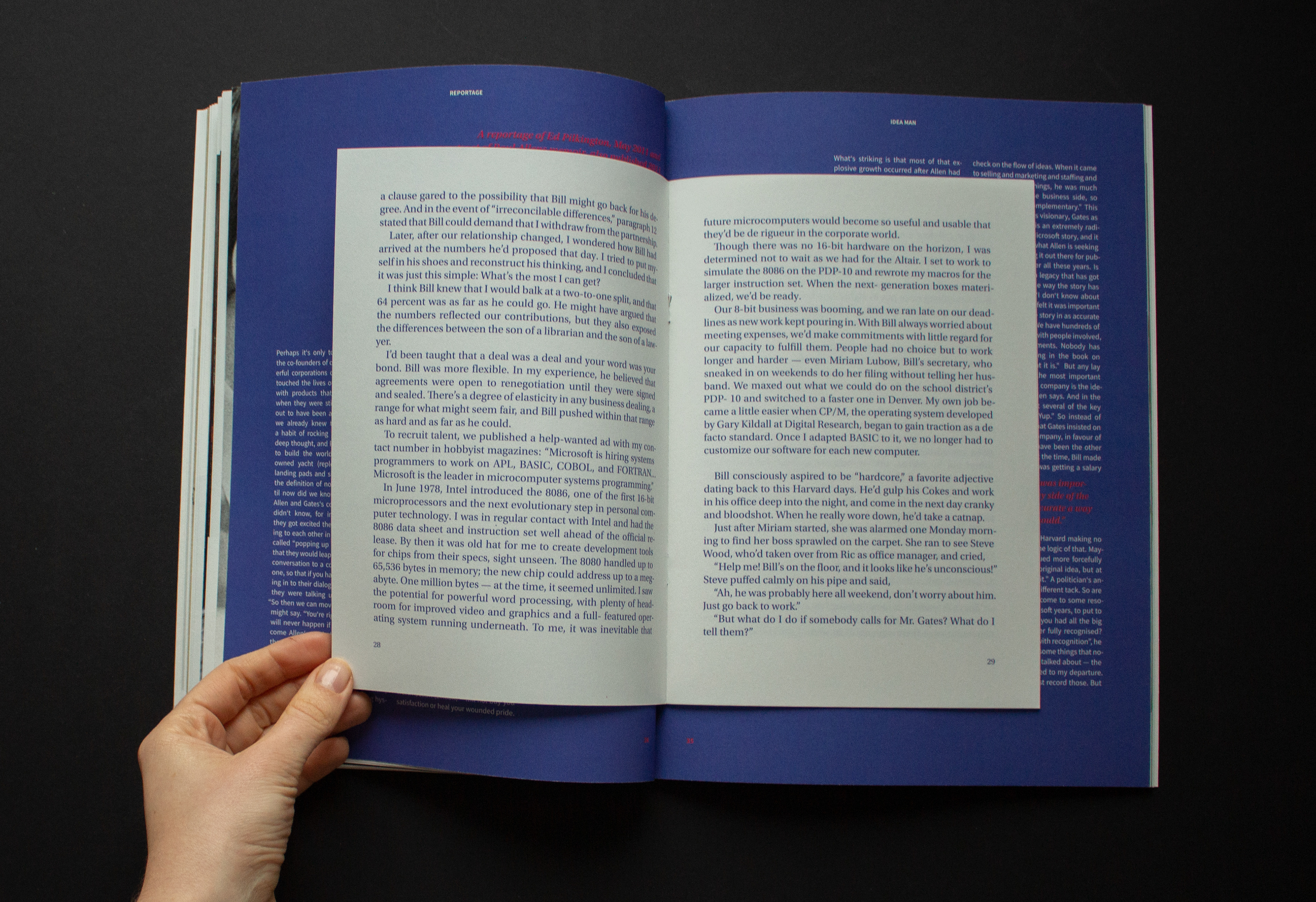 This article is about the biography Paul Allen wrote called "Idea Man". I wanted to include a little extract of the book, and had the idea to display it the way you would normally find it in. To make it stand out more, I pigmented the background and the copy in the booklet in blue, and chose Utopia Regular for the classy bookstyle typeface look.​​​​​​​ 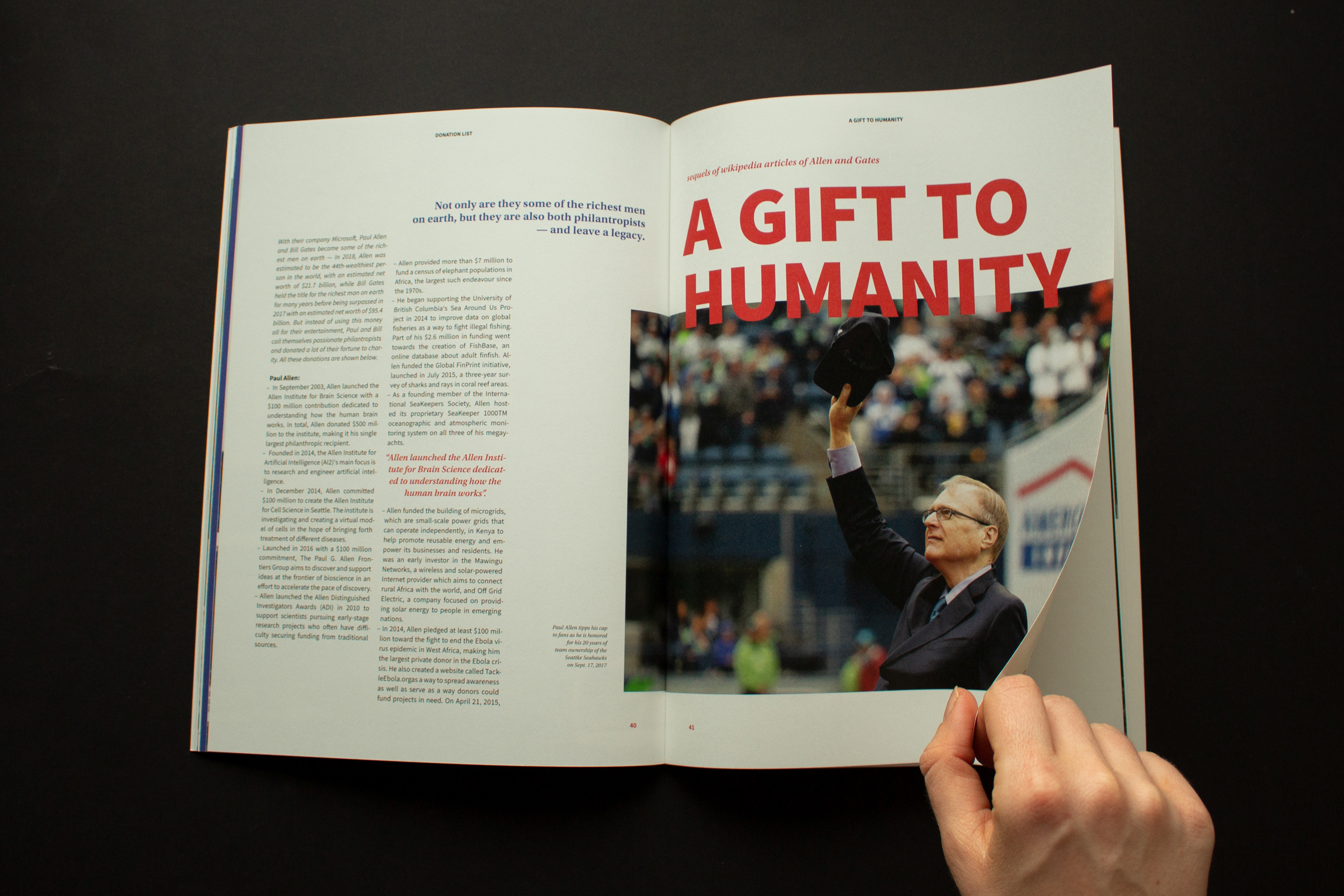 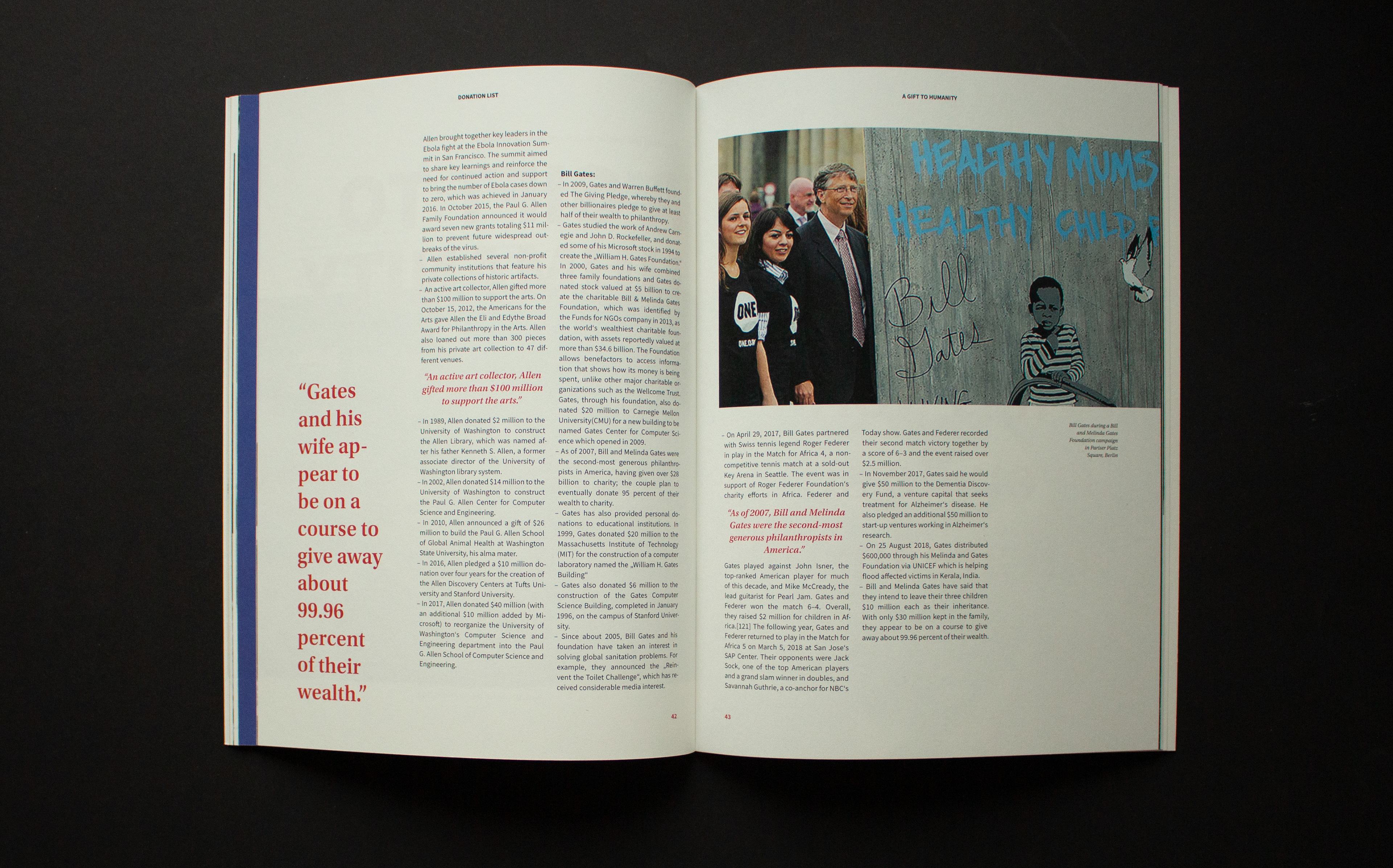 Created 2019 during the 3rd semester of typography at the university Georg Simon Ohm in Nuremberg, Germany.

typefaces
A book about typography
↑Back to Top